The A5 Volleyball Board of Directors consist of coaches, former players, and parents of players with experience in other junior volleyball programs. Our Board provides guidance to our club and has a wealth of experience to draw from.

The Board and the Club Directors work in a joint effort to ensure current and future success and the desired operational outcomes. 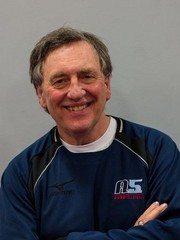 Bob Westbrook is a founding member of A5 and continues as one of the primary pillars of the club. His list of accomplishments includes coaching at the NCAA Division I college level for several colleges. He also founded the highly successful Front Range Volleyball Club in Colorado.

Bob has brought national volleyball attention and prominence to Atlanta. His teams have succeeded nationally at the club level and his players continue to have success at the college level. Bob's 2008 18-1 team won the USAV National Division Championship in Dallas and his 2011 18-1 team earned the first-ever 18 Open bid out of the Southern Region.

Separately from A5, he develops player skills through Volley Performance, an organization he founded and owns.

Nancy Mueller-Culver enters her first season with the Sewanee volleyball program in 2018.

Director of Athletics Mark Webb has announced the addition of Nancy Mueller-Culver as the seventh volleyball coach at The University of the South.

Mueller-Culver brings 23 years of coaching experience, including 15 serving as a head coach and an assistant at the NCAA Division I level.

She returns to the college scene after a three-year hiatus, where she was the women's volleyball coach at Boyd Buchanan School in Chattanooga from 2015-18.

Prior to her return to The Volunteer State, Mueller-Culver served as an assistant coach at the University of Indiana in Bloomington from 2010-15, where she served as the recruiting coordinator for the Big Ten institution.

During her tenure with the Hoosiers, she oversaw all recruiting efforts, academic communication and monitored player development. In her first season, she helped Ashley Benson to an American Volleyball Coaches Association (AVCA) First Team All-America nod.

While at UIC, Mueller-Culver coached three to All-Horizon League All-Conference honors and two to the All-Newcomer Team. On a national level, she helped Ambria Springer to an All-American selection with the AVCA.

In her third season with the Flames in 2006, she helped the program to their first-ever conference title match en route to a 17-17 record and a second place finish in the Horizon League.

During her time at USF, she was a two-time AVCA Midwest Region and Conference USA Coach of the Year recipient (2000, '02), and she has coached six Midwest region honors and six First Team All-Conference selections. She also helped coach Alessandra Domingos to become a two-time C-USA Setter of the Year in 2000 and 2001.

During the 2000 season, the program holds the longest winning streak in school history and the fourth in C-USA history, securing victories in 20 consecutive matches from Sept. 22 to Nov. 18. Inside conference play, winning 15 in a row is the second-best in conference history, as the Bulls were on their way to the regular season crown in conference play and a first-round appearance in the NCAAs.

After winning 21 matches in 2001, Mueller-Culver finished with a 30-7 season in 2002, with the 30 wins the second-highest in program history. She also returned to the NCAA Tournament, where they finished in the second round after defeating Florida State, 3-0.

A 1993 graduate of the University of Tennessee with a Bachelor of Science degree in Education, Exercise Physiology, Mueller was a four-time letter winner for the Volunteers as a defensive specialist and setter.

Mary Marcum enters the 2022-2023 season in a new role of Assistant Club Director and Director of Player and Coaching Development. Mary's goal in her new role is to offer elite training to athletes of every skill level and implement a consistent training module that can be followed from the time an athlete enters our club, to the time she graduates. She believes that Chattanooga area volleyball is capable of greatness on a National level, and is excited to help grow the game and continue to empower young women through this incredible sport.

Mary is currently the Assistant Volleyball Coach at Sewanee - The University of the South alongside Club Director, Nancy Mueller. Prior to arriving at Sewanee, Mary served as the Volunteer Assistant at King University in Bristol, TN. As well as coaching collegiately, Mary has been coaching at the club, high school and middle school level since 2011. Since beginning her coaching career, she has coached virtually every age and level from beginniner 10U to elite level 18s. Throughout Mary's career she has coached at OVA (now OTVA), KIVA, Union, Kingsport Volleyball club, North Oldham High School, St. Aloysuis and now A5 Chattanooga. At KVC, Mary served as the Youth Training Director. While collegiately, Mary specizalizes in defensive systems, serve and serve receive techniques and individual setting techniques, she loves to train every aspect of the game.

Mary lives in Hixson, TN with husband Justin and dogs Bristol and Maze. 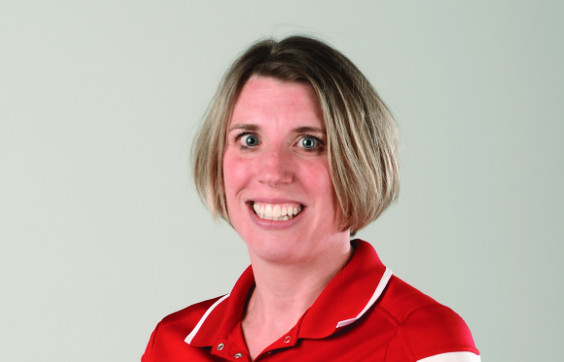 Sarah Lail joins A5 with an impressive volleyball resumé. As the head coach at the Baylor School in Chattanooga since 2009—where she also serves as Associate Athletic Director—her teams have won nearly 80% of their matches. She led the Red Raiders to the Division IIAA state championship in 2017, 2014, and was named the Chattanooga Times-Free Press Best of Preps Coach of the Year. Sarah also captured state runner-up finishes in 2011, 2013 and 2016, and has won five consecutive region championships.

In addition to her high school coaching success, Sarah has also been involved at the club level in Chattanooga—either as a coach or club director—since 2002, with Dig to Win, Choo Choo City and, most recently, the Academy of Volleyball.

As a player, Sarah excelled at the University of Tennessee at Chattanooga, winning two Southern Conference championships—and third as a member of the UTC softball team. Sarah helped lead the Lady Mocs to two NCAA tournament appearances and was named SoCon Player of the Week in 1998. 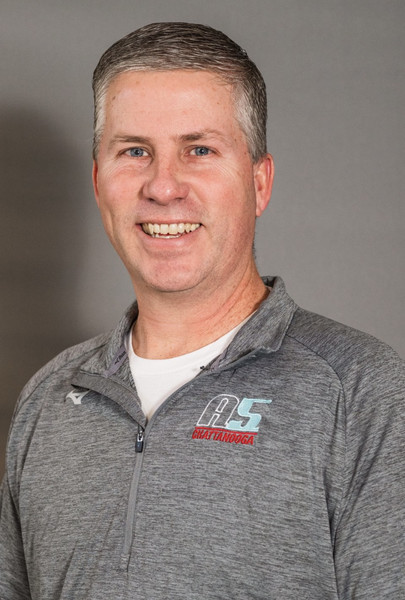 Walt Kean joins A5 Chattanooga with an impressive resume working with the social media of local and national nonprofits (YCAP, TheHopeLine, Berean School and Baylor School). Walt has been a part of the volleyball program as a coach at the Baylor School in Chattanooga since 2015—where he also serves as Athletic Contest Administrator and Social Media Specialist at Baylor.

In addition to his work with Baylor and Social Media, Walt has also been involved with TSSAA (Tennessee Secondary School Athletic Association) since 2000 as a basketball official, working two State Finals in 2007 & 2014, as the Middle School Coordinator beginning in 2006, and has been serving as the Supervisor & Assigner for the Chattanooga area since 2013.

As a proud dad, Walt has traveled the game of volleyball with his daughter Rheagan and wife Becky.  Rheagan is a senior at Bryan College playing as a Libero and major in Education. Walt's work with the younger A5Chattanooga kids payoff in 2019 winning 3 of 4 tournaments enter so he can't wait for the new season to begin

A5 Chattanooga Volleyball Club: Teaching life lessons through the sport of volleyball.

All of our teams are encouraged to give back to the community by undertaking a community service project that may or may not have anything to do with volleyball.